I scream, you scream, we all scream, for ice cream!

Ice cream is a classic treat, and can be enjoyed by nearly anyone now that we have dairy-free ice cream as well. And while your local grocery store likely has some fun flavors and mix-ins, they certainly don’t carry everything. People have wild imaginations, and they’ve been stuffing those imaginations into cones across the world. Here are some of the most unusual ice cream flavors and where you can find them!

Sparky’s Homemade is a tiny, unassuming little shop. But walk inside and you’ll be faced with an unusual assortment of ice cream flavors alongside the regulars. Flavors include: Lavender Honey, Maple Lemonade Cayenne, Maple Sea Salt, Olive Oil, Blueberry Balsamic, and more! 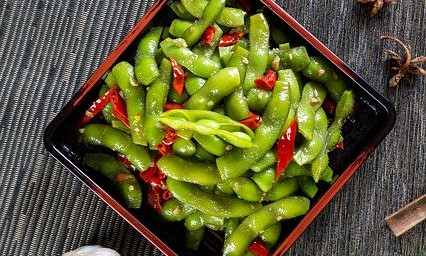 Lick Me I’m Delicious describes themselves as experimental food installations. Rather than having a set location, LMID sets up at various events as hired. They have all sorts of weird food, including edible balloons! Their ice cream is nitro-ice-cream. Frozen with liquid nitrogen. They can create custom ice creams for your brand, including things such as BBQ Beef or Brussel Sprouts. But arguably their coolest ice cream is one that uses a synthesized version of the protein found in jellyfish which causes it to light up when you lick it! But it’s expensive, at over $200 USD a cone!

The Ice Cream Store boasts award-winning flavors, though I’m not sure the ones I’m about to mention won anything… Sweet Corn with Cinnamon and White Wine are two that stand out. And of course Devil’s Breath Carolina Reaper Pepper Ice Cream, which they make you sign a waiver before you can taste.

What started in the 50s as a handmade chocolate shop explode into the Emporium that exists today. It was begun by a couple named Paul and Mary, who passed it onto their nephews, Ben and Bill. Their most famous flavor of ice cream, is Lobster. Well, when in Bar Harbor…

Sonny’s Ice Cream started as a cafe/diner in Minnesota that eventually started making ice cream. Eventually, the ice cream took over in popularity and it became one of their most famous products. They have mostly “normal” flavours on the market, bu every once in a while you’ll stumble across an odd one on their menu, like Strawberry Basil with Balsamic Vinegar, Goat Cheese Honey, Citrus Basil, Cardamom Black Pepper, and Cucumber Pinot Grigot.

What started as experimenting with creating ice cream flavors in a basement has grown into Salt and Straw, a company that distributes their flavors throughout the US. Their ice cream started on a cart and can now be found in shops across the nation. They have a wide selection of traditional and unique flavors. Some of their head turning flavors include Bone Marrow and Smoked Cherries, Coava Coffee and Freckled Woodblock, Pear and Blue Cheese, Strawberry Honey Balsamic with Black Pepper, and Black Olive Brittle and Goat Cheese. If you live in the states, you can have their ice cream shipped to you!

Ice and Vice is an experimental ice cream shop that wants to “push the boundaries of what frozen desserts can be”. As you’ve seen from this list so far, they are not alone in that quest. Some of their wacky flavors have included Moroccan Mint Tea and Cardamom Soil, Peach with Yoghurt and Cheddar Crisp, Chicha Morada with Popcorn Bread, Ghost Pepper and Strawberry Mole Sauce, Eucalyptus with Black Pepper Chocolate Chips, Kinako with Red Beans and Condensed Milk, Carrots and Cloves and Sweet Pea Frosting (aptly named TV Dinner), Hop Brother’s Hops with Spicy Tomato Lime Sorbet, Raisin with Celery and Chocolate Chips, Black Olive with Olive Oil and Sweet Corn Crumble, Fireball Whiskey with Flaming Hot Cheetos and Ramen Noodles, and, if you can believe it, more.

New York is home to a number of unusual ice cream shops, and the Gelato Laboratory is no exception. With flavors such as Allspice, Beet, Carrot, Cheddar Cheese, Corn, Black Peppercorn, Pink Peppercorn, White Peppercorn, Ricotta, Rosemary, and Sour Cream, you’re sure to find at least one cone that will make you grimace.

This tiny ice cream shop has been featured in numerous travel books and even an addition of Trivial Pursuit. The building itself is quirky, completely lined with stickers and cereal boxes. They’ve shown up on the market with flavors like Horseradish, Cheese Doodles, Lox, and Beer, along with all sorts of crazy sweet mix-ins.

The crazy thing is that this list could continue to go on. It could be a lot longer. People have been making some of the most unusual ice cream flavors for quite a while now. And it’s a trend that only seems to be growing.

Which of these would you say are the most unusual ice cream flavors. I’d have to vote for Oyster, Olive Oil, and the Flaming Hot Cheetos, Fireball Whiskey, and Ramen Noodles. Which would you most like to try? Least? Leave us a message in the comments!

Don’t forget to check out these weird flavored sodas!